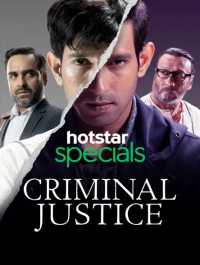 Criminal Justice is a British television drama series produced by the BBC and first shown in 2008. Written by Peter Moffat, each five-episode series follows the journey of an individual through the justice system and was first broadcast over five successive nights on BBC One. The first series, first shown in 2008, starred Ben Whishaw as Ben Coulter, a young man who is accused of murder after a drunken and drug-filled night out, though is unable to remember committing the crime. It was directed by Otto Bathurst and Luke Watson. In 2009, the second series featured Maxine Peake as troubled housewife Juliet Miller whose husband was stabbed in their bed. Yann Demange and Marc Jobst directed the second series.