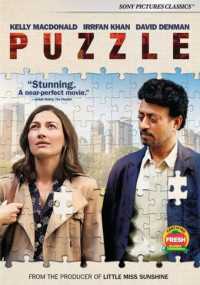 After drudge-numbed stay-at-home mom Agnes (Kelly Macdonald) discovers she has a talent for assembling jigsaw puzzles, she decides to enter a competitive puzzling event. Her world suddenly opens up to exciting new possibilities and ideas.

Puzzle sounds like the kind of movie you feel you’ve seen a dozen times before. A humble protagonist (in this case Kelly Macdonald’s Agnes) discovers she has a talent for an offbeat pastime (competitive jigsaw puzzling), overcoming obstacles (her nonplussed husband Louie

Played by David Denman) to compete in a big, prize-winning event and along the way discover thrilling new dimensions to her previously sheltered life. To be fair, if you’ve seen 2010 Argentinian drama Rompecabezas you will have seen it before, but even so Marc Turtletaub’s American remake (scripted by Polly Mann and Oren Moverman) proves a triumph of canny expectation-defiance.

For starters, this is no snickering unveiling of a nerdy subculture; the supposedly climactic jigsaw puzzle competition itself is hardly granted any attention. Neither is it a sports movie in disguise; while Agnes is certainly mentored — by the wealthy, attractive and erudite Robert (Irrfan Khan)

The strategic advice is cursory and there’s not a single training montage. Rather than follow the main-street signposts from cliché to cliché, Turtletaub, Mann and Moverman’s narrative takes us via some surprising back alleys. Meanwhile, they never forget to put character ahead of plot — most significantly the character of Agnes.