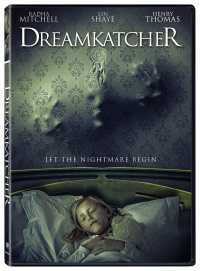 On its part, ‘Dreamkatcher’ sticks to a rather original plotline where the affair is more of a tussle between the science and the paranormal

‘Dreamkatcher’ isn’t a typical slasher film. Neither is it a blood-curdling, grotesque screecher. What it is, is a combination of horror elements spliced with a slick thriller storyline, and is coupled with an impressive cast performance. Kerry Harris’ debut project is not to be confused with Lawrence Kasdan’s ‘Dreamcatcher’, another 2003 horror flick— a stunningly, terribly messed up adaptation of Stephen King’s novel of the same name.

On its part, ‘Dreamkatcher’ sticks to a rather original plotline where the affair is more of a tussle between the science and the paranormal.

The movie starts off with dictionary-style definitions of Dreamcatcher vs Dreamkatcher setting the tone for what can rightly be termed as a suspense-filled flick. Soon after, a woman (Jules Willcox) is shown to be axed to death by a mysterious child in a quaint home at a picturesque location, preferably upstate. Except, this serenity and the peace is actually a shroud for something purely sinister and evil.

Luke (Henry Thomas), his girlfriend, Gail (Radha Mitchell) and his eight-year-old son, Josh (Finlay Wojtak-Hissong) arrive at the remote holiday home to catch a break from the bustling city life. Less than a day of staying there, Luke gets a call to head back to the city leaving Gail and Josh, who’s relationship is pretty rocky as the latter is yet to come to terms with the death of his mother. The horror elements exist in almost every frame, including Josh’s introduction where he hears his name being whispered by an unknown entity.