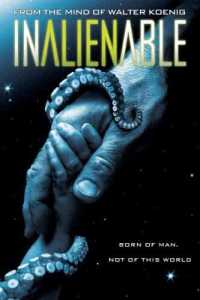 InAlienable is a 2007 science fiction film with horror and comic elements, written and executive produced by Walter Koenig, and directed by Robert Dyke. It was the first collaboration of Koenig and Dyke since their 1989 production of Moontrap. Koenig said that “the story really involves that relationship between the human being and the alien. At first, it’s assumed that the alien [is] a parasite growing in a host, but because it has some of the human DNA, it’s significantly more than that. Even though it comes from another world, it’s a part of our world. Really, it’s a love story.