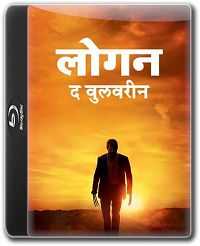 MPAA ratings have always been Wolverine’s arch-enemy. The character, played by Hugh Jackman over the course of 17 years and eight previous movies in Marvel Comics’ X-Men universe, is a mutant berserker whose most prominent weapons are razor-sharp metal claws, plus the feral drive necessary to use them. But the PG-13 ratings on the X-Men franchise installments have limited what directors were willing to show onscreen. Slashing weapons do horrible damage to human bodies, but the movies have always been coy about positioning the doomed mooks Wolverine takes out, concealing the wounds and dropping the bodies offscreen.

That ends with Logan, the first R-rated Wolverine feature, and the first to openly, even lovingly focus on the character bisecting heads and punching through skulls. Inspired by Deadpool’s immense financial success, Fox authorized director James Mangold (who also helmed 2013’s The Wolverine) and his crew to go hard-R on Logan, reportedly the last film to feature Jackman in the Wolverine role. In terms of graphic violence, profanity, and even a few stray seconds of female toplessness, they embrace the rating fully. It’s an intense, brutal film, full of sudden waves of bloody mayhem. But the real brutality isn’t in the severed limbs and heads, it’s in the film’s overwhelmingly dark emotional content. This is by far the grimmest the X-Men series has ever been. There’s no cute Stan Lee cameo, no Deadpool banter or “You’re a dick” jokes. Just exhaustion, resignation, and a steady march toward the end of this particular branch of the X-storyline.

But Mangold and his co-writers (The Wolverine and Minority Report screenwriter Scott Frank and American Gods writer/showrunner Michael Green) have managed something that’s been frustratingly rare over the past decade-plus of grim-n-gritty superhero takes: they earn the tone by developing a rich, even nuanced emotional landscape around their characters. And they show a rare commitment to the theme by taking their story to an uncompromising, even horrifying finale. Plenty of recent superhero films dabble in grimness seemingly out of a feeling that it makes wish-fulfillment hero-fantasy more serious and adult. Logan tells an actual adult story about despair, decay, and death.