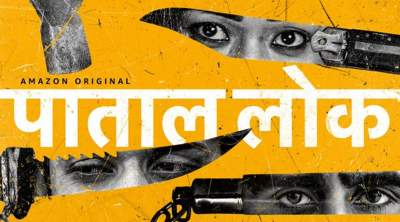 Story: A disgruntled cop is assigned a high-profile case of a murder attempt, which leads him to a rabbit hole of hidden motives and deceit.

Review: Inspector Hathi Ram Chaudhary (Jaideep Ahlawat) has given up on his dream of being a success story. Way past his prime, he now reports to an officer who was his junior. Unable to keep up with the laws of the world — sycophancy, moving with the times, command over English — he is happy to see his much younger colleague Ansari (Ishwak Singh) achieve what he couldn’t.

Mulling over his ordinary life, he tells Ansari, how he is a permanent member of the Paatal lok (underworld or netherworld according to ancient Hindu scriptures), and can only see Swarg lok (heaven where successful people reside) from a distance. Turns out, he gets what he asks for — a pass to the Swarg lok in the form of a high profile crime case. For the first time in his life, he is assigned something important, that could help him earn his family’s respect. But even the people who reside in heaven have a price to pay.

crime thriller-cum-police procedural set in and around Delhi. The investigative drama manages to hold your attention as the protagonist tries to solve the jigsaw puzzle. Meticulously crafted, Sudip Sharma‘s metaphorical writing, Avinash Arun’s cinematography and terrific performances by Jaideep Ahlawat, Neeraj Kabi and Ishwak Singh make you a part of the hunt. You are as persistent and curious to know the truth as the protagonist.