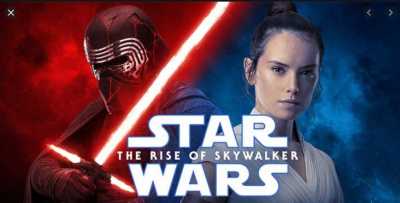 A long time ago, in a galaxy far, far away… Star Wars started its reign as a pop culture and science fiction genre staple that has persisted in moviegoers’ hearts and minds ever since. Now, with Star Wars: The Rise of Skywalker heading into theaters for all of the public to see, it’s time for the Skywalker Saga to come to a close.

Questions abound when it comes to this experience: What’s going to happen to Rey? Will Luke show up with some more guidance? What do I need to remember for Star Wars: The Rise of Skywalker to make any sense? Perhaps most importantly, at least for our purposes, is that one query we love to ponder so much: To 3D, or not to 3D?

If you’re curious how we felt about Star Wars: The Rise of Skywalker as a film, head over to our official review for all of the details. But if you want to know if you should spend the extra ticket money on a 3D showing or if you’re better off purchasing Darth Vader’s remains on eBay, you’re in the right place. Begun this To 3D has…

If you’re going to make a Star Wars movie, chances are it’s going to be a 3D spectacle worthy of converting into a premium format. As the franchise’s history with special 3D conversions has been solid throughout the current run of films, Star Wars: The Rise of Skywalker is an absolute fit for 3D. It also helps that the action of any run-of-the-mill movie from this series would probably fit into the 3D realm comfortably, but history has definitely proven us wrong in the past, so the question of the film’s fit still had to be asked.