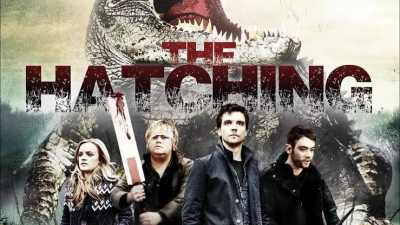 This is going to be one of my least-intricate reviews, simply because I don’t believe this story is complex enough to warrant one.

Never in a million years did I think I would read an apocalyptic thriller about spiders. Reading THE HATCHING was nothing if not a new experience – I picked it up purely out of curiosity, and despite my low rating for this book, I did actually enjoy it a decent amount. For a book about spiders, THE HATCHING is an entertaining read, but that’s about as far as my appreciation for this book extended.

Ezekiel Boone’s THE HATCHING (Atria; on-sale July 5, 2016) is book one in a trilogy, and traces a series of inexplicable events occurring around the world. In South America, a group of hikers are attacked in the jungle; in India,

Seismologists struggle to uncover the cause of bizarre quakes shaking their country; in America, a plane falls out of the sky, its passengers brutally killed by something other than the crash… The solution to all these puzzles? An ancient breed of spiders have awoken, and the world will never be the same.