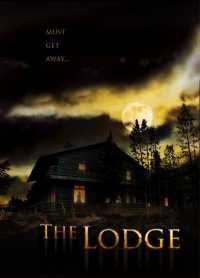 In movies, stepmothers always seem to have a rough go at joining a new family. They tend to be the villains of a story, arbiters of cruelty and unwanted change, a character perhaps best personified by Disney’s “Cinderella.” Should the poor soul actually want to connect with her new family, she has the impossible task of facing many emotions and prejudices against her. She will likely already be seen as the enemy by default.

Although not officially a stepmother yet, Grace (Riley Keough) wants to take care of those hard feelings against her as soon as possible. She volunteers to spend more time with her boyfriend, Richard (Richard Armitage), and his children (Lia McHugh and Jaeden Martell), who are still mourning their mother’s (Alicia Silverstone, in an extremely brief appearance) suicide months ago, over the holidays in a remote cabin. Predictably,

They reject her, but when their father has to leave them in her care, the brother and sister team decides to show her how they really feel about Grace’s connection to their mom’s death and her checkered past in a cult. Unfortunately, Grace loses her grip on reality and falls into an ending that seems too cliche, too simple for what the movie looked like it was set to deliver.
The kids are fiercely protective of their mom’s legacy, and most of the movie sides with their point-of-view. For Grace, their mother’s presence haunts the lodge both in spirit and through Catholic iconography, perhaps driving her to feel guilty about ruining the parents’ marriage and as the children see it, leading to her suicide. There’s also the added torture of all those crosses that bring back awful memories from Grace’s cult days.