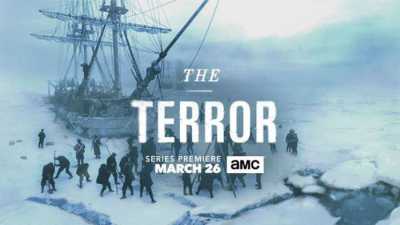 The Terror Season 2 feels like a show that’s outstayed its welcome and run out of ideas. I mean that in the best possible way of course but The Terror: Infamy felt like it peaked back when the Yurei burned and since then

AMC’s horror anthology has really been spinning its wheels. This week we really see that come to fruition with 40 minutes of drama that result in everything building toward the finale and offering about 5 minutes of plot progression in the process.

We begin in January 1945 – leaving day – as the Japanese look set to leave the camp. As they return to Terminal Island, Chester’s family wonder how much of their old life is still intact until they find a desolate wasteland in place of where their home once stood.

We then cut forward six months to find Henry working for an american as a gardener. With things looking bleak
Chester phones his Father and asks him for help with the demon, especially given Luz is about to give birth.
Hopping on a bus to New Mexico, he apologizes directly to Luz for choosing Chester as they make their way to the house Chester and Luz are currently hiding out in.

We’re right on the eve of Luz giving birth too and camped out in the house, with the curtains drawn and doors bolted shut, Chester’s Father berates him for trying to outrun a demon and bestowing misery on his wife.

the terror season 2 do i need to watch season 1