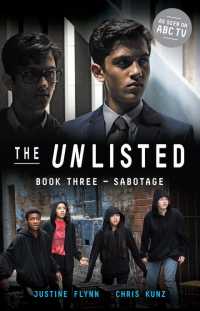 Teens are the targets of a sinister conspiracy in The Unlisted, a sci-fi-ish series enjoying an international release via Netflix after debuting on the Australian Broadcasting Corporation. The 15-episode series has all the trappings of a high-tech

Big-network thriller, with hopes of luring young audiences in with a blend of heavy action and light comedy. But does it work better on paper than in execution?

The Gist: That crash? A black van kissed a partition a bit too hard. Four teenagers in white jumpsuits scramble away from the scene, chased by two men dressed entirely in black. They escape.

Somewhere in the suburbs, Dru Sharma (Vrund Rao) wakes abruptly from a dentist-chair nightmare. He looks up the dream imagery online: “An untrustworthy presence is about to enter your life” is the interpretation, and — knock knock knock! It’s his parents (Nicholas Brown and Avishma Lohith). Ominous! They tell him, since it’s the Hindi holiday of Diwali, he can have his computer privileges back, as long as he stops being a hacker, a promise that’ll he’ll keep for about a half-dozen scenes, tops.

Dru and twin brother Kal (Ved Rao) ride their bikes to high school. It’s — moan — standardized test day, conducted by an agency with a not-at-all-suspicious name, the Global Child Initiative. On top of that, students are forced to line up for some kind of curious dental exam: “You’ll feel a pinch,” says a fishy-looking woman who couldn’t possibly be part of some type of conspiratorial scheme lorded over by corporate-governmental warlord types or whatever. Still bothered by his dream, Dru has Kal take the pinch in the gums for him, and if my math is correct, that means Kal got it twice, and Dru got it zero times.